How to Train Your Dragon (2010): The Movie Structure Archives - The Novel Smithy
Skip to Sidebar

How to Train Your Dragon (2010): The Movie Structure Archives 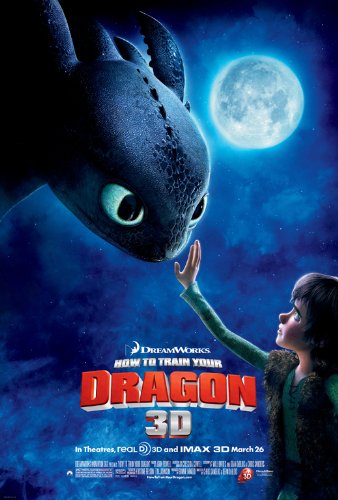 This theme ties into all aspects of both Hiccup and Stoick’s journey, as well as the broader journey of the entire village of Berk. Hiccup and Stoick start out struggling to understand one another because of their different strengths and values, an extension of this being Hiccup’s struggle to understand Toothless. However, as Hiccup improves at this, his overall condition improves and it provides him with skills he can use to gain his tribe’s acceptance. For both characters to attain their goal of a happy father-son relationship they have to learn to value each other’s differences and the differences presented by the dragons. Upon doing so, the village of Berk is transformed, no longer living under the shadow of dragon attack but in harmony with dragons, and Stoick and Hiccup have found the ability to communicate with one another again.

Because of the tight pacing, every beat of the plot corresponds with the theme. Hiccups actions push him forward on a journey to understand the differences presented by Toothless, to understand his own differences, and to understand his father’s true nature. Stoick’s journey progresses similarly as was discussed under his character arc. To complement these two, we have the moments with Astrid and the other students, who struggle with respecting each other’s differences until the climax where they learn not only to accept Hiccup and the dragons but also to work together to achieve a common goal.

Most the symbolism in this movie deals with the interpersonal relationships Hiccup has. The tail fin he builds for Toothless provides a greater connection to Toothless, and the mirror of his prosthetic leg after the Climax provides a sense of coming full circle for this relationship. Just as Hiccup wounded and then healed Toothless, Toothless wounded and then healed Hiccup both physically (with the leg) and emotionally (with Hiccup’s self-acceptance). The other major symbol is the Viking helmet given to Hiccup by Stoick, representing Stoick’s hopes and dreams for Hiccup. In setting this aside during the 3rd Plot Point, Hiccup is giving up his illusion of fitting Stoick’s mold. In a great moment of synergy, Stoick loses his own Viking helmet when he saves both Hiccup and Toothless during the final battle, showing how he has given up his old rigid identity.

As was mentioned, the pacing in this movie is tight. Each scene pushes the story forward meaningfully, and there is little fat to trim here. Each scene corresponds to a major character’s arc, an important moment of symbolism, or a thematic moment, and many scenes demonstrate multiple of these. However, the movie also takes time for light and playful moments, a benefit of growing Toothless and Hiccup’s relationship. This leaves the audience with an enjoyable ebb and flow to the pace, with periods of a faster pace and higher tension spread out by slower, more relaxed moments. This pace picks up to a rapid pitch approaching the Climax, as it should, and the Resolution provides an enjoyable catharsis as a result.

This is a great movie (even beyond my personal love for Toothless’s dopey grin!). It makes great use of its characters to show its theme, and the character arcs are well rounded and enjoyable. There is little fluff here, and the result is a movie that’s engaging from start to finish, well-paced, and well worth watching multiple times.