How to Put Readers in Your Character’s Skin

In fact, brain science tells us that what draws readers into stories is a sense of emotional connection with the characters. This is the key that allows these readers to experience your story as if they were in it.

It’s a writer’s job to facilitate this connection between readers and characters through the use of Show, Don’t Tell. By showing readers what a character thinks and feels through their internal processing, they’ll naturally engage more deeply with your story!

Before we get started, I’d like to introduce the awesome writers behind Golden May Editing!

Emily and Rachel are both book coaches and developmental editors, as well as fellow fantasy nerds! If you’d like to check out their site or explore the many services they offer for authors, you can find them both here. 🙂 – Lewis

What is Show, Don’t Tell? 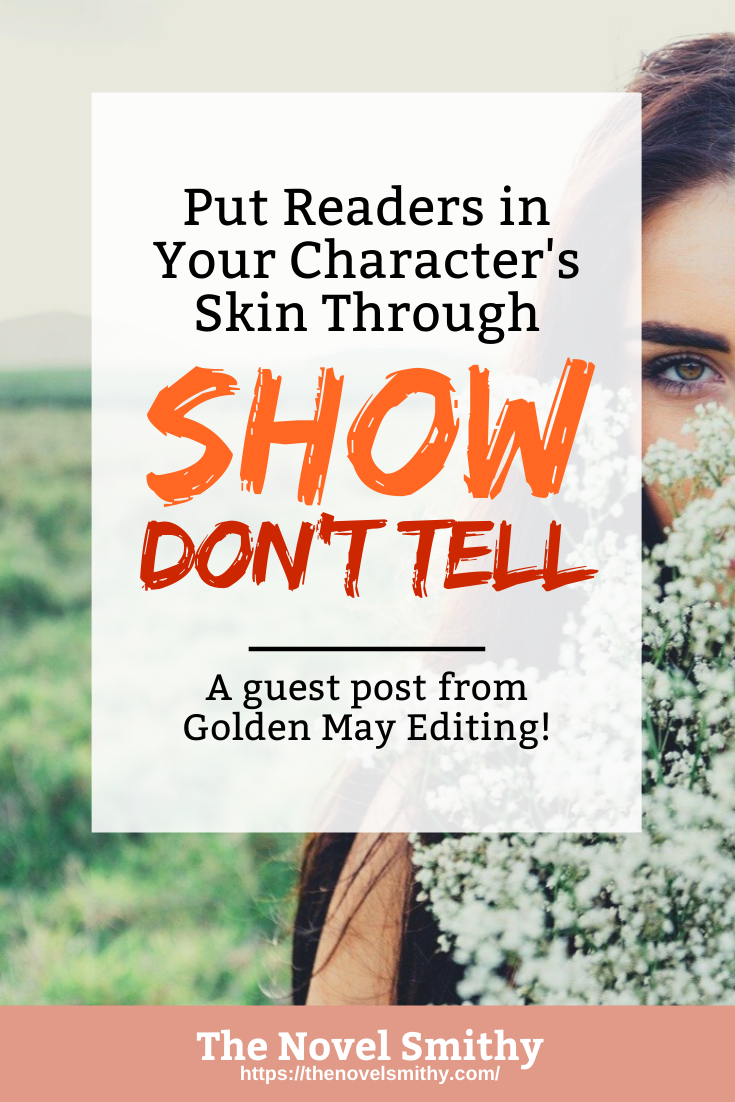 Show, Don’t Tell (SDT) is the key to drawing readers into a story so much they forget the outside world.

At its core, this technique is about showing readers what’s unfolding in a story by putting them in the action of a scene, rather than summarizing or “telling” the reader what happened in exposition.

On top of using SDT to put readers into the story’s unfolding action, showing what matters to characters is essential to developing connection and engagement with your readers. Use a character’s internal processing—or their inner thoughts, feelings, and emotions—to show readers what matters to them.

But Wait… Isn’t That Telling?

There’s lots of writing advice out there that instructs writers to avoid sharing—or oversharing—what goes on inside a character’s head for fear of “telling.” This advice cautions that feelings should be explained through description alone, or that these thoughts are irrelevant or unimportant. As professional editors, we’ve seen many writers who actually edit internal processing out of their stories—all because they think it’s “telling” instead of “showing.”

This couldn’t be farther from the truth!

In reality, inner thoughts and emotions allow us to experience what is happening to the characters as it’s happening on the page. When this reasoning happens in real time, it’s part of the in-scene action.

As Lisa Cron explains in Wired for Story, “When your protagonist’s reaction is up close and personal, it catapults us into his skin, where we become ‘sensate,’ feeling what he feels, and there we remain throughout the entire story.”

That is the goal of Show, Don’t Tell.

Let’s discuss those two concepts before diving into an example.

When writing internal processing, don’t just write what a character feels during a plot event, but what events and emotions mean to them. Meaning is how readers develop concern and buy into stakes. If the reader doesn’t understand what the story’s unfolding external events mean to the main character, they will have a hard time understanding how they’re supposed to feel at that moment in the story.

When you successfully relay the meaning to readers you suck them into your character’s skin, sweeping them along until they’ve accidentally read until 3AM.

Plot should be driven by character action, which means that characters must make decisions that further the plot.

Use internal processing to show readers why characters make decisions. Showing a character’s internal thought process during the moments where a character makes a decision lets a reader know the reasoning behind that choice. When you let readers see what a character thinks and how it impacts them, you allow the reader to understand why a character behaves in a certain way. This brings the reader along with the character as the plot progresses. For more info on character decisions, check out our post about how scene choices determine character arcs!

“If the reader can’t feel what matters and what doesn’t, then nothing matters, including finishing the story.” – Lisa Cron, Wired for Story

Show, Don’t Tell in Children of Blood and Bone 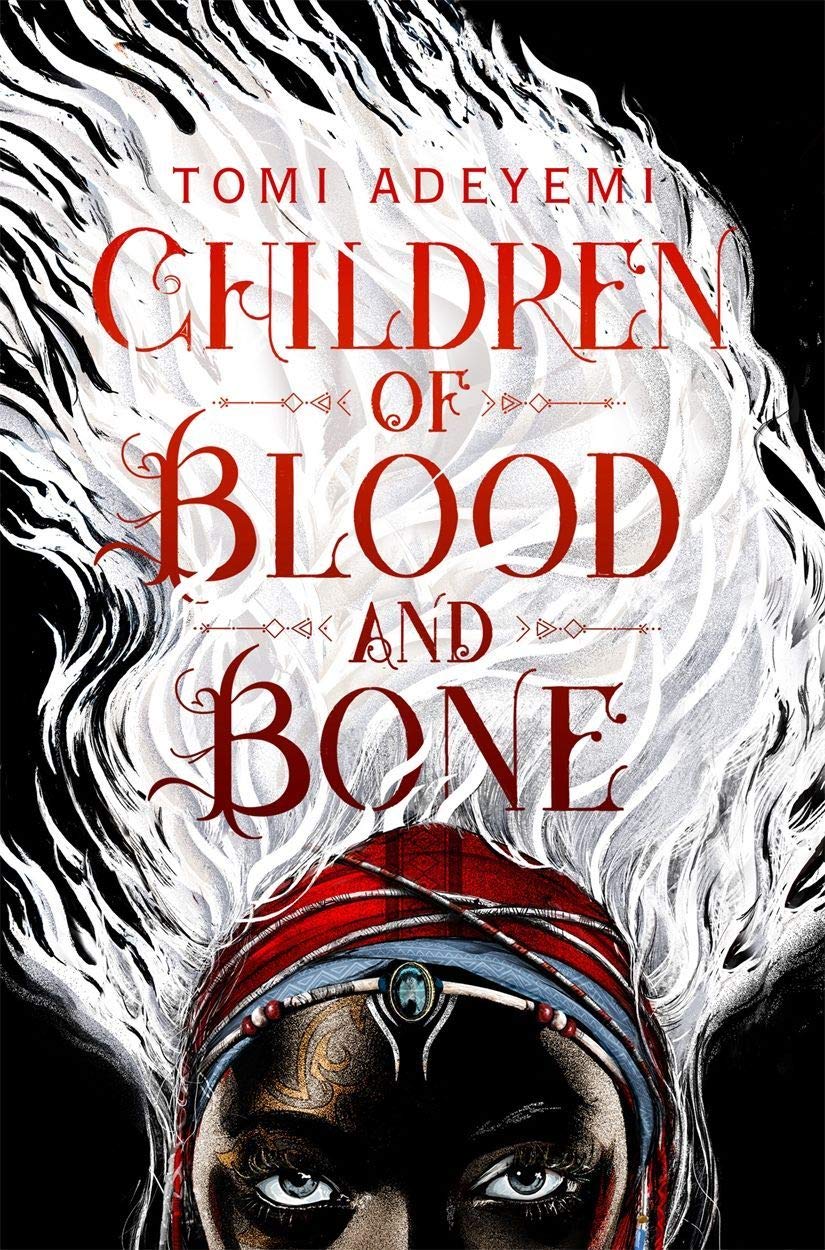 First, let’s take a look at an example of internal processing from Children of Blood and Bone by Tomi Adeyemi.

In this example, pay attention to how Zélie’s thoughts and feelings illustrate what scene events mean to her and show why she makes the choices she does. Zélie’s internal processing is bolded, whereas her decisions are underlined.

However, before we get into the excerpt, here’s some context for this scene.

Years after the king of Orïsha killed all the maji and drove magic from the world, Zélie, Tzain, and Amari are tracking down three sacred artifacts which they need in order to recreate a ritual to bring magic back to life.

Zélie is a divîner, one of the remaining maji people, and the only person who can perform the ritual. However, they only have two weeks to track the relics down and complete the ritual before magic is lost forever. They find one of the relics, the sunstone, being used as the prize in a gladiatorial-esque arena where the participants are divîner slaves.

During this excerpt, they attempt to steal the sunstone.

Amari keeps watch as Tzain yanks at the rusted wheel with all his might. The metal groans and screeches loud enough to drown out the shouts of the guards, but the wheel doesn’t budge.

The wheel rips off with a strained crank. We stare at the broken metal in Tzain’s hand. What in gods’ name are we supposed to do now?

Tzain rams his body into the door. Though it shudders with the impact, it refuses to give.

“We need the stone!” Tzain whispers back. “How else are we going to get it?”

I cringe with each thrust of Tzain’s body, but he’s right. The stone is so close the heat of its glow warms me like a freshly lit fire.

A string of curses runs through my mind. Gods, if only we had another maji’s help. A Welder would be able to warp the metal door. A Burner could melt the handle right off.

Half a moon, I remind myself. Half a moon to do this right.

If we’re going to recover the sunstone in time for the solstice, we need to get it tonight.

The door budges a millimeter and I gasp. We’re close. I can feel it. A few more knocks and it’ll fly open. A few more pushes and the stone is ours.

A guard’s voice booms through the air. We freeze in response. Footsteps pound against the stone floors, thundering toward us with frightening speed.

“Over here!” Amari gestures to a section just past the sunstone’s door, lined with cannonballs and crates of blastpowder. As we crouch behind the crates, a young divîner dashes into the room, white hair glowing in the dim light. In seconds, he’s cornered by the announcer and another guard. They skid to a halt when they see the half-open door to the sunstone.

“You maggot.” The announcer’s lips peel back in a snarl. “Who’re you working with? Who did this?”

Before the young boy can speak, the crack of the announcer’s cane cuts him down. He collapses to the stone floor. As he screams, another guard joins him in the beating.

I flinch behind the crate, tears stinging my eyes. The boy’s back is already ripped raw from former beatings, but neither monster lets up. He’ll die under their blows.

He’ll die because of me.

Tzain’s hiss stalks me for a second, but it’s not enough to stop me. I burst free from our hiding spot, fighting my nausea when I see the child.

Angry tears cut through his skin. Blood streams down his back. He clings to life by a thread, one that frays before my eyes.

“Who the hell are you?” the announcer seethes, withdrawing a dagger. My skin prickles as he nears me with its black majacite blade. Three more guards run to his side.

“Thank gods!” I force a laugh, searching for the words to fix this. “I’ve been looking all over for you!”

In this scene, we can see the progression of Zélie’s decision-making through her internal processing.

At first, she’s wholly committed to stealing the sunstone and getting out of there as fast as possible. She knows that she only has a limited amount of time to complete the ritual, and she has no time to waste. The sunstone is essentially within her grasp, and we feel her fear as the guards interrupt. We understand what it would mean to her if she wasn’t able to get the stone…

Her mission would fail and she wouldn’t be able to bring magic back to the world.

However, once another divîner (like Zélie) enters the scene and is beaten by the arena announcer, the situation changes. As a character, Zélie has spent the story thus far attempting to outrun her mistakes and feeling responsible for the injuries/death of others. In this moment, we see her hesitate as she feels responsible for the boy.

In the moment, this feeling of guilt is more important than the sunstone. We understand how much the beating impacts her, and therefore we get why she feels she cannot stand by while the young boy is killed.

The beauty of this scene is that we see Zélie’s thoughts as she experiences things.

More than that, her thoughts and feelings are used to make meaning of what is happening. The reasoning behind her decision makes sense because we understand how she feels. If her internal processing was not clear, her decisions to try to save the boy and her decision to enter the tournament just wouldn’t make sense.

It’s All About Meaning

Show, Don’t Tell can be a difficult skill to master! However, remember that using internal processing to give meaning to what’s happening on the page is the key to letting readers inside your character’s skin.

By showing readers what things mean, you allow readers to connect and empathize with your characters.

Through that connection, your readers are guaranteed to stay engaged in your story! 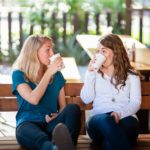 Emily Golden and Rachel May

Emily Golden and Rachel May help tenacious writers level up their stories and skills. After working together on their own fantasy stories, they learned two things: 1) it’s impossible to see the holes in your own work, and 2) learning together is infinitely more productive than learning alone.

From this discovery, Golden May Editing was born! As book coaches and developmental editors, they help fiction writers identify their books’ potential and teach them how to fulfill it. You can find them on Instagram, Twitter, and Pinterest.

Thoughts on How to Put Readers in Your Character’s Skin