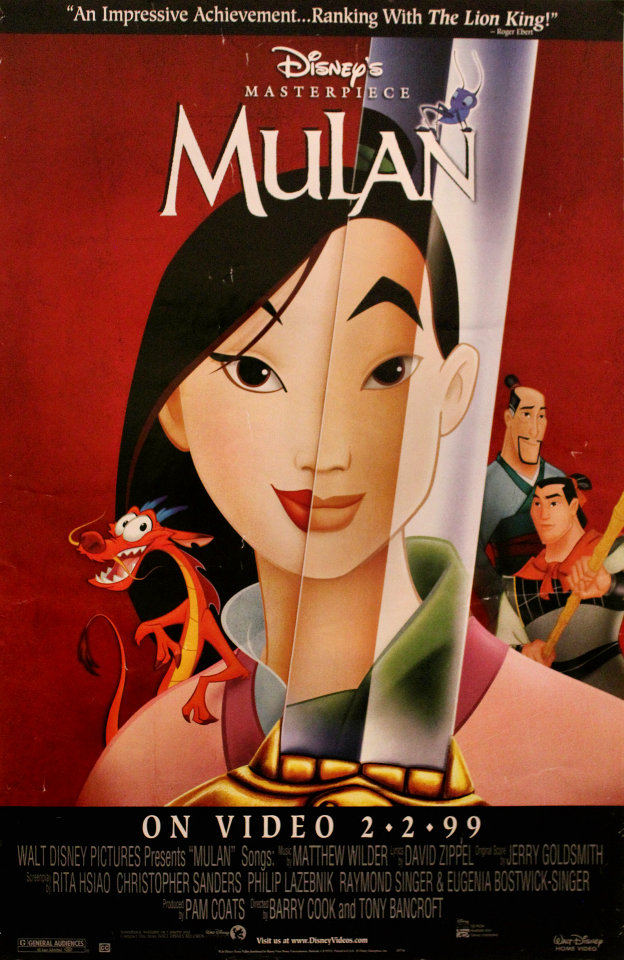 Theme: What gives someone worth?

This theme is clearly shown through the main characters as they each struggle with different forms of acceptance and worth. Mulan struggles with what she sees as her strengths and with what society views as worthwhile in a woman while Mushu struggles with his demoted worth in the face of his peers. Shang adds to this theme to a lesser degree, but still seeks self-worth through the approval of patriarchal figures. These characters find self-worth at the end, Mulan’s being defined by her acceptance of her intelligence, Mushu’s being his decision to put others before himself, and Shang’s coming when he accepts the value of those he otherwise looked down on.

Because the theme ties in so tightly to the characters it is well mirrored in the plot as each moment of Mulan and Mushu’s journey shows them working through some issues of worth. With Shang’s struggles thrown in, this makes almost every scene somehow tied into the theme, something Disney seems to be consistently good at. While the sacrifice here may be a highly traditional plot structure, the benefit is the well-built theme and the tight pacing it provides, ultimately delivering a highly cohesive and enjoyable payoff at the end.

The movie uses a variety of symbols to reinforce its theme, with most of the symbols being closely tied into the relationships between specific characters. Mulan and her father have the blooming cherry blossoms and Shang has the helmet of his father. An additional symbol comes in the abandoned doll that both the Hun’s leader and Mulan find at different points in the story. The difference in how they handle this object provides a great contrast to their characters. The Hun leader views it as an opportunity for aggression and violence, the extreme of traditionally masculine qualities. Mulan, on the other hand, cradles it and provides it with something of a burial, her way of recognizing the loss of the child who owned it. Mulan sets herself apart by remembering the human cost of this war and by honoring it, not shying away from the vulnerability of grief (right after Shang is seen struggling to honor his father’s death).

Just as with Character and Theme, the pace in this movie is tight and expertly put together. There is a healthy ebb and flow thanks to healthy inserts of comedy alongside lower character moments, with the pacing reaching its high point at the start of Act 3 and being maintained until the Resolution.

Mulan is an excellently structured film that takes its main character on a complete and compelling arc with great payoff and cohesive symbolism. While it follows traditional structure to a T, this makes it approachable to a younger audience while entertaining older viewers with how it handles dark and difficult themes. It’s refreshing to see a Disney movie handle issues of violence and patriarchy, however flawed the portrayal may be.