Nausicaä of the Valley of the Wind (1984): The Movie Structure Archives - The Novel Smithy
Skip to Sidebar

Nausicaä of the Valley of the Wind (1984): The Movie Structure Archives 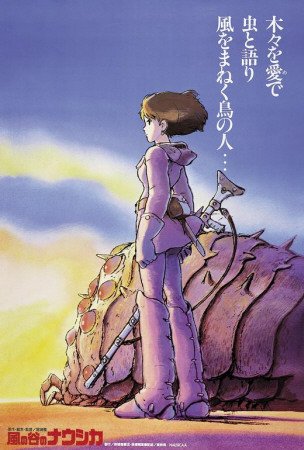 Character 3: The Pejites, Tolmekians, and the people of the Valley

This film is anything but subtle with its theme. From the blatant musings of its cast (especially Nausicaä) to the Climactic Moment, themes of environmentalism and peace are at the forefront. As a flat character, Nausicaä’s entire arc is based on this theme and her ability to communicate it to others, and this includes the audience. Without spreading this mindset of peace, the conflict would never be resolved. Only through self-sacrifice does Nausicaä calm the Ohm and help all parties reach a peaceful understanding. In this way, Nausicaä acts as a symbol almost more than a character. This isn’t true of all flat arc characters, but it’s true of her.

However, I can’t say this is a bad thing. While it may be heavy handed at times, the world building and characters are compelling enough to hold up this weighty theme, thanks to how engaging they are. You can see all sides of the argument, and while Nausicaä wins out, you don’t leave the film feeling like any cast member was purely evil or maligned.

Much like theme, this film is heavy with its pacing. Each scene is packed to the brim with setup, characters, and theme, with little room to breathe and take in the landscape. This is especially clear in Act 1, which isn’t abnormally long time-wise, but which works in a tremendous amount of world building. In many ways this is necessary. Nausicaä of the Valley of the Wind isn’t even two hours long, yet it has a huge and complex sci-fi world to explain and elaborate on, and it does this world building well. The hectic pace is likely an unavoidable side effect.

Overall, Nausicaä of the Valley of the Wind is an enjoyable movie that fits a lot into its short run time. In some ways this is commendable and shows a lot of consideration by the writers and director. Pulling off this level of world building in such a short movie is no easy task. However, it leads to a hectic movie that can feel cut short at times, as if there needed to be a few extra scenes to allow for rest and less heavy handed character moments.

Despite any flaws, Nausicaä of the Valley of the Wind creates a compelling cast and world, with a real highlight in the people of the Valley. It’s a world you wouldn’t mind experiencing in person, despite how dangerous it is.