The Lion King (1994): The Movie Structure Archives - The Novel Smithy
Skip to Sidebar 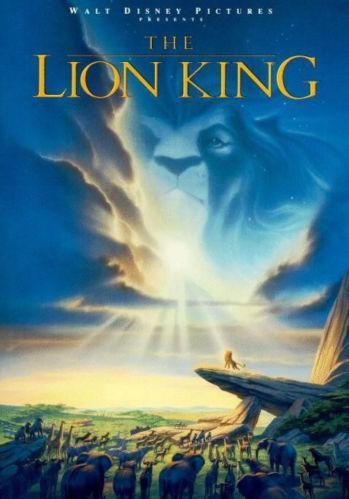 Theme: Earning the “Right to Rule”

The theme flirts with both “becoming a man” and “earning the ‘right to rule’,” but seems to learn most heavily on the latter. With Simba being the only character undergoing a major arc, the theme rides entirely on his development. Unfortunately, his arc is bumpy towards the end, and it doesn’t quite deliver this theme. Earning his “right to rule” comes most often from what other characters tell him to do, primarily from Nala and Rafiki. By taking responsibility for the effects of his disappearance and for Mufasa’s death he is able to overcome Scar and earn this right, but I can’t say it has the strongest thematic resonance.

As with the characters, the movie’s plot is rushed, but the theme jives well with the overall plot. The need for Simba to earn his rulership comes up repeatedly in musical numbers and dialog and defines his success at the Climax. Without taking responsibility for his past actions, he never would have healed Pride Rock and gained his place on the throne.

Symbolism is this movie’s strong suit, and helps fill the gaps where the characters or plot may seem rushed, providing for an engaging visual story that feels like it’s resonating well with itself. Simba’s roar, the ceremony for newborn royalty, Nala’s hunting skills, even the color palettes used in certain scenes (the dark blacks and greens in Scar’s scenes contrasted with the blues and oranges of Simba and Mufasa) repeat at key moments to remind the audience where they’ve been and how the story’s characters have grown. The symbolism here is fantastic, and it makes up for a lot of other flaws in the story’s overall development.

Pacing is not The Lion King’s strong suit, as you can see when looking at the outline above. There is little breathing room during any Act, making the fast pace of the Third Act seem par for the course. The movie has to create its tension in other ways since it struggles to do so with its pacing. A lot of that is due to the lengthy (and very enjoyable!) musical numbers. While these are great and visually engaging, from a story perspective they didn’t master moving the plot along the way later Disney films would.

The Lion King is a great movie (and one of my personal favorites) and no one can deny it captured its audiences well. It goes to show that, especially for movies, sometimes other factors contribute to an enjoyable story beyond sound structure and pacing. The visual and musical enjoyment of the movie made a big impact, making up for a lot of flawed story design and a main character who is underdeveloped.