It’s time to announce the winners!

Entries opened for the fourth annual First Chapters Writing Contest exactly two weeks ago, and I’ve received dozens of awesome submissions ever since. Between a determined space mailman, a spit-fire orphan, and a whole variety of mages, witches, and warlocks, it’s been great getting to know all the fascinating characters that populate your stories.

Of course, this is a contest—meaning two stories eventually came out on top. So, today I’m excited to announce the winners of the 2021 First Chapters Writing Contest!

What Made a Winning Submission? 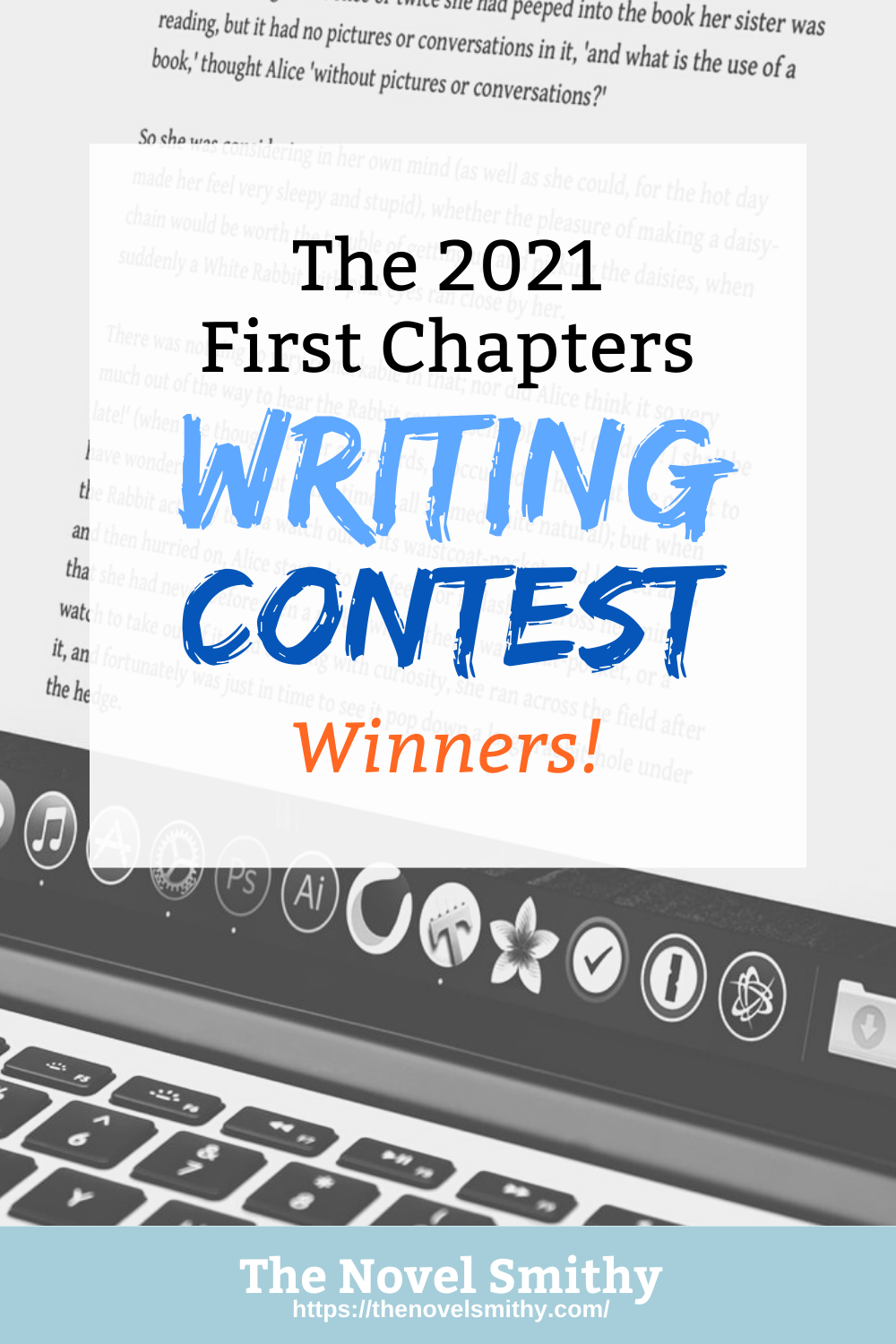 As I have in years past, I judged all submissions based on a few common criteria:

In years past, only a handful of submissions would actually meet these standards—but, this year, things were different! The vast majority of this year’s entries had a lot of care put into them, and I could tell that everyone worked hard to put their best foot forward.

So, what set the winners apart?

Well, for starters, their stories had a strong premise that was clear from their opening line. They also managed to strike a nice balance with their Hook. The action picked up quickly, but they still took the time to introduce their setting, characters, and any other critical information I needed to know.

The result was akin to a well-worn pair of boots. I slipped into their stories without missing a beat, and the plot felt like it was unfolding smoothly in front of me.

Beyond their Hooks, the winning submissions also had vibrant characters.

From page one, each of their protagonists leap out at me as fully-formed people. They had clear goals, desires, and motivations, along with engaging personalities that left a strong impression. By the end of their first chapter, I was excited to see where these characters might go next, and could already imagine the various challenges they might have to face.

Every year I get a handful of entries that ignore the rules for the contest. Unfortunately, I have to disqualify these chapters, even if the story itself is promising. So, if you plan to submit your first chapter next year, definitely take the time to read the guidelines!

The Winners of the 2021 First Chapters Writing Contest

With that said, it’s time to answer the real question of this post. Who won this year’s First Chapters Writing Content?

“There is a moment anyone who’s ridden in a spacecraft will be familiar with: the magical instant when the vehicle starts generating enough upward thrust and reaches a sufficient speed such that the surface of the planet falls away from beneath it like a curtain dropping. The wheels lift off, the vibrations cease, and everything is smooth as suddenly you’re in the sky, nothing between you and the abyss but a metal fuselage and plasma shielding. It was the kind of feeling that could make someone believe in God.” — Elijah M., Nor Gloom of Night

Both Elijah and Morgan will receive a full critique of their first chapter submission, as well as an hour-long story consultation as their winning prize.

“I had done it now. Sister Beattie would sell me to the tradesmen and I would be on the next slave ship overseas. Stumbling across the grass, I leaned against the trunk of a cherry tree and did my best to stop the rising tide of panic. I must remain positive. Looking out over the water a hundred white-sailed ships peppered the ocean. And he could return on any one of them, I reminded myself firmly. It could be any day now. After all, I just had to hold on until he came back.” — Morgan T., The Vision Casting Chronicles

I was tremendously impressed by their submissions, and I’m excited to see how their stories develop in the new year! 😁

With this year’s contest now complete, The Novel Smithy is officially on break until January. I’ll be stepping away from my computer for a few weeks to rest and recharge, before it’s time to dive back in to another year of articles, editing, and books.

Alongside plenty of new posts and resources, I’ll also be releasing the second book in the Writer’s Craft Series, offering new live classes for readers, and even sharing some exciting writing tools I can’t reveal just yet. In the meantime though, I hope you all have a wonderful (and relaxing) holiday season!

Congratulations again to this year’s winners, and I can’t wait to see where your novels take you as we enter a brand new year!

The Novel Smithy will return in 2022, but for now, happy holidays!