How I Published My Second Book in 14 Days

Four months ago, I began writing my second book.

I had just finished publishing The Ten Day Outline a few days prior, and I was feeling confident that the lessons I had learned would carry over to its sequel, The Ten Day Draft. Everything would go more smoothly, I would have a better plan in place, and overall the process would be a bit less hectic—not so.

Not only did this second book present entirely new challenges, but it taught me a lot of harsh lessons about my first book as well. I’m still deeply proud of how The Ten Day Draft turned out, but that doesn’t mean it didn’t throw me for a loop. These are the lessons I learned publishing my second book in only fourteen days.

When Life Gets in the Way 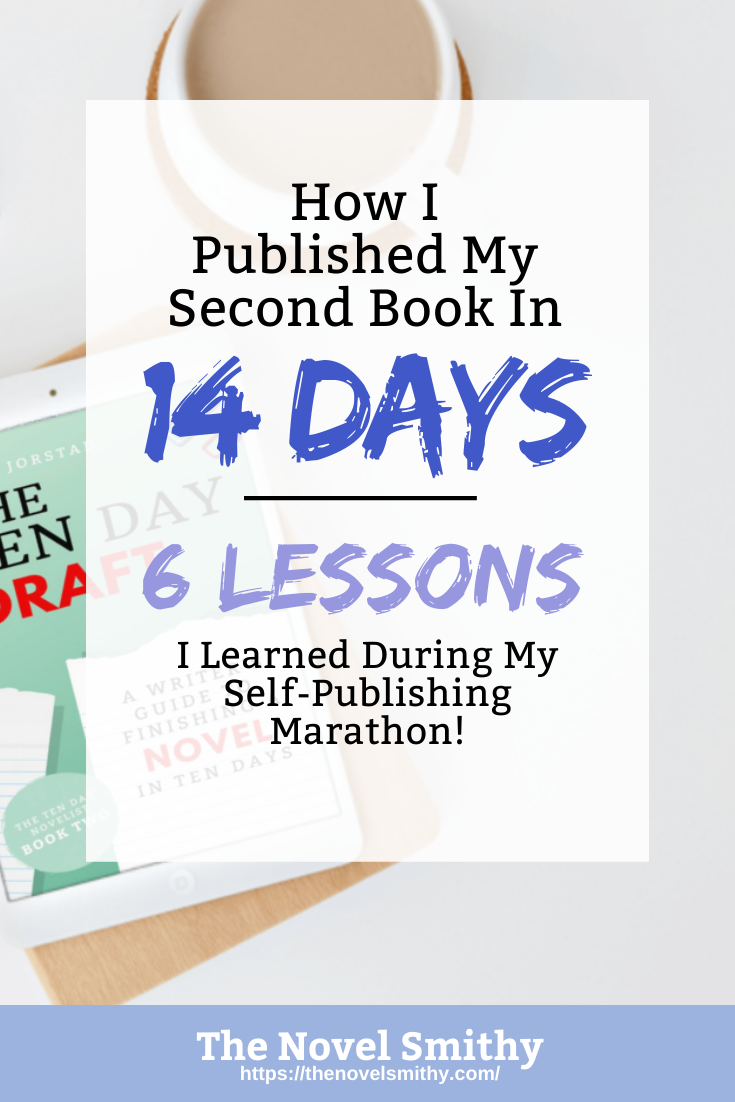 In late June, I published The Ten Day Outline to great success—honestly, to far more success than I expected. I learned a lot while working on that book, both about how to self-publish, but also about how to approach such a large project.

I already knew I wanted The Ten Day Outline’s sequel—which I was then calling The Ten Day Novel—to launch in time for National Novel Writing Month, so I figured I had around four months to plan, test, write, edit, and launch this second book.

If you had asked me in late June, I would have confidently said that was more than enough time!

Of course, the world has a way of throwing a wrench in things. Sure enough, my day-to-day life got increasingly hectic, and I didn’t return to writing until late August…

I was starting to sweat by now. After how hectic The Ten Day Outline got in its final weeks, I promised myself I would set aside more time for the sequel.

However, I was adamant that November had to be my deadline, and I had already lost the entire summer—meaning it was time to get to work.

I spent the next ten days writing the first draft of a new novel from start to finish, testing the process that would ultimately become The Ten Day Draft. Alongside writing this draft, I was also taking notes on what worked and what didn’t, while continuing to create articles and emails for The Novel Smithy.

Considering I was also working my regular day-job, you can imagine how burnt out I was by the end of August. While the ten-day writing process turned out to be a huge success, piling it on top of what were essentially two full-time jobs wasn’t necessarily the best decision—but hey, I’ll sleep when I’m dead! 😉

As September rolled around, it was go time. I had finished compiling my notes, and I planned to spend at least a few hours every day writing The Ten Day Draft. Of course, nothing ever goes as planned, and it wasn’t until the last week of September that I could dedicate myself to writing.

In the meantime, I did my best to work on the many other things that had to be done.

I finalized the cover design, registered ISBNs, and worked on titles, copyright pages, and back cover copy. As far as miscellaneous items go, that’s one area where my experience publishing The Ten Day Outline really saved me the second time around.

By the start of October, I only had two weeks left before The Ten Day Draft had to go up for preorder—meaning I had fourteen days to write, edit, and publish the book. Yeah, writing a first draft in ten days seems like a dream now…

Still, things worked out in the end. I wrote the entire book in around eight days, edited it in two, and started formatting it before I had even finished editing it. It helped that I could finally work full time on the book, and I uploaded the files to KDP in the nick of time.

Really, it’s the moment after a book goes live that’s the strangest.

I had just spent the last few weeks living and breathing this book, and I honestly wasn’t sure what to do with my newfound free time. To fill the gap, I spent the next few days updating The Ten Day Outline using many of the new lessons I learned while working on The Ten Day Draft. That’s one nice thing about self-publishing—whereas a traditional publisher would have taken months or years to get those updates through, I could do it myself in a few days. 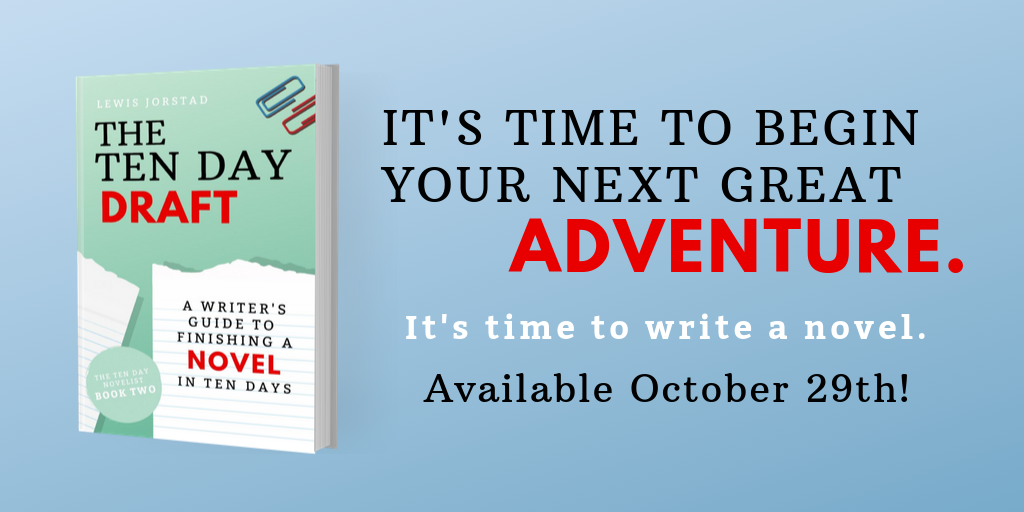 In the end, The Ten Day Draft launched on October 29th with only a few hitches (almost all of them thanks to how glitchy KDP can be).

The Lessons I Learned Publishing My Second Book

You Write Faster Than You Think:

I not only wrote, but edited and published The Ten Day Draft in what was essentially two weeks. Of course, I had the benefit of experience, having published its prequel just a few months prior, but even so—that’s a tremendous amount of work.

Still, you’d be amazed by what you’re capable of.

I have so many writers tell me they simply “don’t have time” to write a novel, and I understand that feeling. However, I also wonder if they’re selling themselves short. If you shut out the distractions of the outside world for even thirty minutes each day, I think you’d be surprised by what you can accomplish.

Would I want to complete what should be at least a few months’ worth of work in only two weeks again? Not really. But at the same time, I’m glad I proved I could.

After many of my longer writing sessions, I would inevitably think my writing was trash—in fact, I was on the brink of scrapping the entire project more than once. If I hadn’t given myself some much needed time to destress, it’s likely The Ten Day Draft never would’ve been published at all.

Stress can do some crazy things to our minds that, when combined with our inner editors, makes writing another word feel impossible. So, whenever you’re starting to doubt your writing ability, take a break. It could simply be that you’re overworked and in need of a clearer perspective.

Pressure is Both Good and Bad:

Procrastination is impossible when under a tight deadline—and I’m a horrible procrastinator.

There’s no way I would have written this book as quickly or as well as I did if I didn’t have such an urgent deadline looming over me. I didn’t have the time to slack off and instead had to throw myself into the deep end and get to work. There’s no doubt that that was incredibly motivating.

However, I also know I’ll need a few weeks to recover now that it’s all over. The stress that deadline caused was very real, and it has only reinforced the importance of giving myself enough time to do my best work.

Writing a first draft in ten days is definitely possible, and I would still argue that it’s a beneficial challenge for many writers. Still, taking time after those ten days are over to rest and recoup is equally valuable.

Having an Outlet is Vital:

I would’ve lost my mind trying to write this book if I didn’t have outlets to vent to.

Fortunately, I binge watched a lot of Easy Allies Podcasts while writing The Ten Day Draft, and even took a few hours off to play some RTS games—really, anything I could mindlessly enjoy without having to burn up more creative energy.

I mention this in The Ten Day Draft itself, but you need an outlet if you plan to take on any kind of writing challenge. Not only will it help you relax and decompress, but it’s healthy for your mind to focus on something else, even for just a few minutes.

Get a wrist brace.

No, seriously—get a wrist brace.

Whether you’ve had carpel tunnel before or not, typing thousands of words multiple days in a row is bound to cause some strain. Nothing is worse than having your right forearm feel like it’s lighting itself on fire when you still have two thousand words to write that day. Powering through and limping along isn’t wise either.

Get a wrist brace.

I had all the best intentions going into this book. However, life has a way of keeping us on our toes. Work was particularly demanding throughout the summer, the blog had some urgent hiccups I needed to remedy, and family needed more of my time than I was prepared for.

At the end of the day, life happens.

I’m still learning to build in extra time to cover for the unexpected, and I’m definitely not the best at it. More than any other lesson, this is something I’m going to try extra hard to remedy for my next project. In the meantime, do as I say, not as I do—plan for the unexpected.

Looking Towards the Future 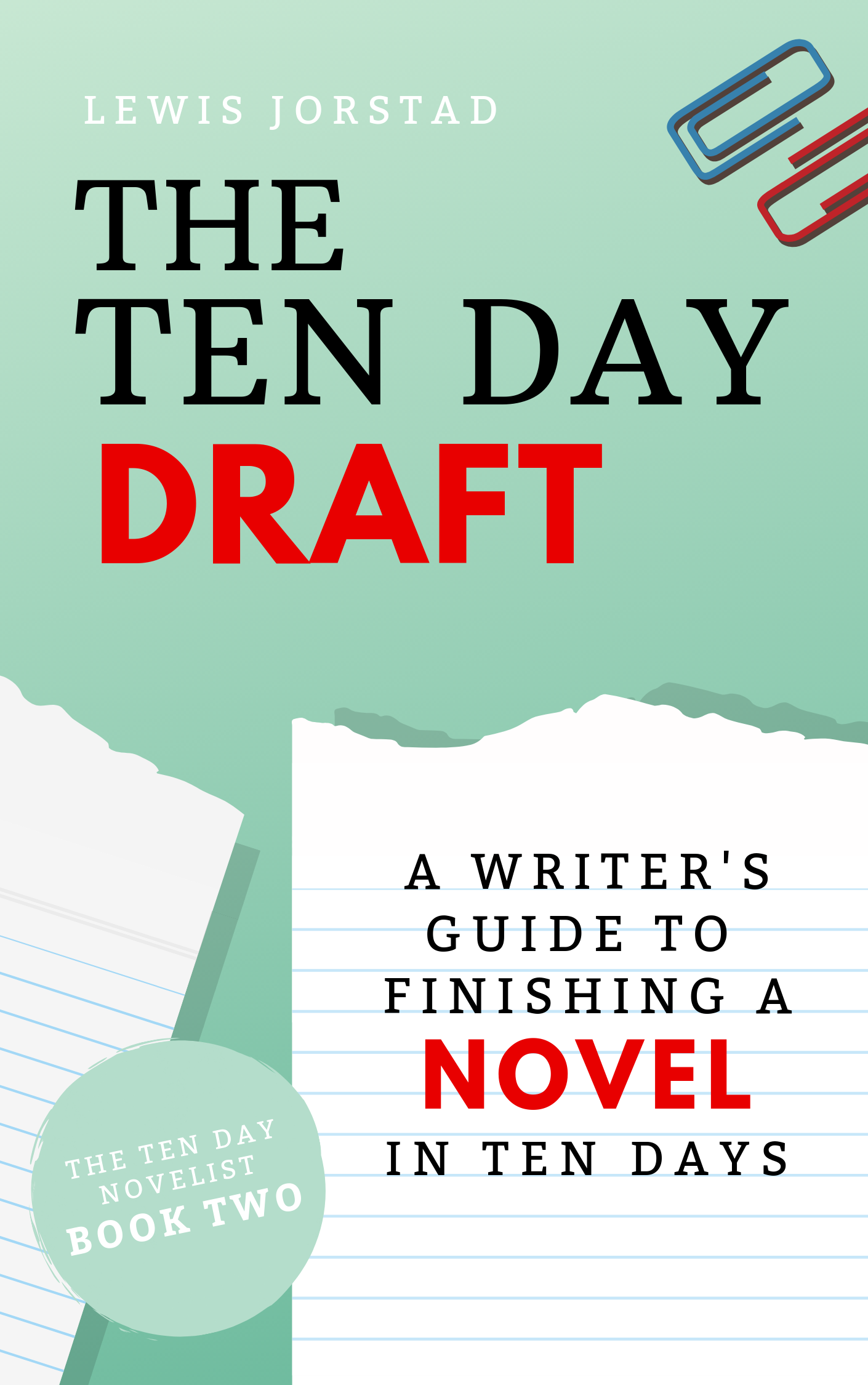 As strange as it is to say, I’m not sure I learned all that much from The Ten Day Outline.

Sure, I knew what to expect going in, but I still made nearly all the same mistakes this time around. Yet at the same time, I’m even prouder of The Ten Day Draft than I was of The Ten Day Outline, precisely because of these challenges.

Though I didn’t perfect my habits this time, there are still so many writing lessons I did learn. I got to put all those into practice here, and the result is a better-written, better-structured sequel. Plus, I feel more confident in my plans going forward. At the very least, I’m going to do my best to avoid any hard deadlines before I’m truly ready.

I’m already outlining the third book in this series, so we’ll see if I can actually get my habits in a more sustainable place. Until then though, I can’t say I’m upset with how things turned out.

What are your top writing lessons? Let me know in the comments!

Thoughts on How I Published My Second Book in 14 Days