(Check out this post going more in depth on A New Hope and the rest of the original trilogy: How Star Wars Became a Modern Myth) 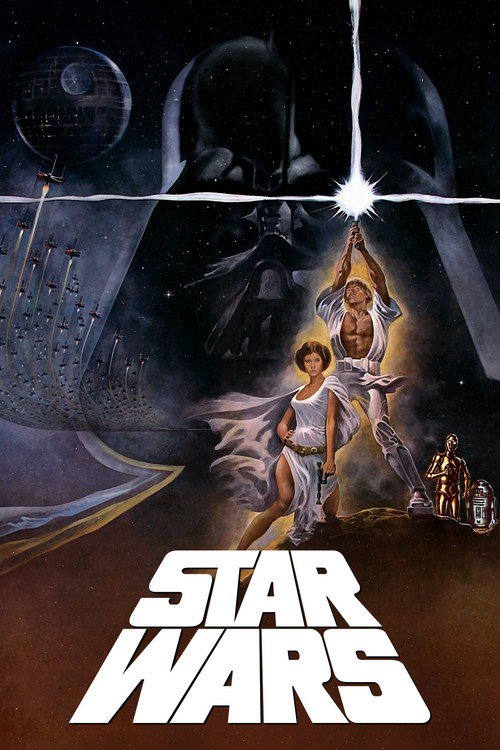 Theme: The power of faith

A New Hope presents a theme of faith through most of its major elements. Its characters either seek faith in themselves or an external mission, or actively espouse the importance of faith. Obi-Wan implores Luke to “Trust in the Force” and without doing so Luke would’ve failed to destroy the Death Star. Han goes through a similar journey but needs to have faith in an ideal outside his own interests. By putting his friendship with Luke above his own safety and by trusting the ability of the rebels to survive, Han helps Luke in a pivotal moment that gives Luke the opportunity to overcome the conflict. Meanwhile, Leia and the rebels continue to have faith in their goals and ability to survive, inspiring that faith in those around them.

Closely tied to these character examples, A New Hope uses the symbol of the Force to embody this faith. The Force is a nebulous thing and multiple characters challenge its power and legitimacy. But those that trust the Force and think past what they can or can’t see are rewarded. Darth Vader has immense power thanks to the Force, and Luke breaks out of his ordinary life and into notoriety thanks to his faith in the Force.

Overall, A New Hope is consistent in this area, with only one section being poorly paced. The first half of Act 2 is barren compared to the rest of the film, lacking in terms of character or plot development and taking up only a short run time.

This leaves holes in the character growth of Luke and Han, squeezing all of their development into the latter half of Act 2. While not ideal, this isn’t the end of the world. The time given to introducing the world of Star Wars and the ideas of the Force was necessary and ultimately had to encroach on the time given to Act 2.

A New Hope is saddled with the difficult job of building a complex sci-fi world and belief/magic system, but it accomplishes these tasks well. Thanks to the next two movies, Luke and Han can more fully explore their character arcs, as they’re only serviceable in this movie. The entire trilogy sees a much more fleshed out and satisfying growth for these two and the plot overall. While not the best in the trilogy (personal opinions aside!) A New Hope lays a great foundation for the rest of the Star Wars franchise.