A strange thing happened while writing my third book.

I had developed a strong writing process while working on my first two books, yet The Ten Day Edit eluded me. It wasn’t that I didn’t have enough time, or that I didn’t know what to write about—instead, it was what I now know is third book syndrome.

In hindsight, I should have seen it coming, but I honestly didn’t expect it to affect me as much as it did. What I expected even less, however, was how I finally overcame it.

Overcoming My Own Expectations 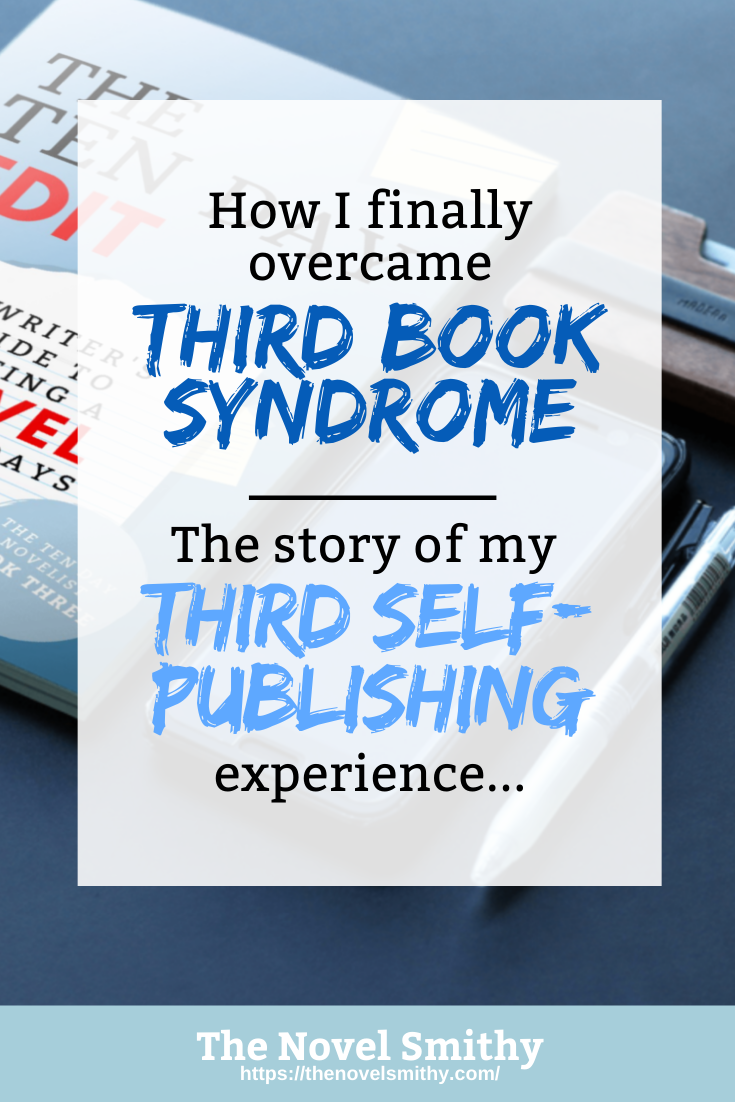 The second book in my Ten Day Novelist series, The Ten Day Draft, launched at the end of October 2019—and when it was finally finished I knew I desperately needed some time off.

If you don’t already know the story of that book, I wrote and published it in just fourteen days.

As you might imagine, I was more than ready for a break when it was all over.

Not only that, but I had also been in the middle of a difficult renovation project throughout that fall. You see, we were (and still are) in the process of moving onboard a sailboat we bought back in April of 2019. She’s a fantastic boat, but she needed a lot of intense love and care, which meant we were spending every free day we had working on her nearly two hours away from home.

So, once The Ten Day Draft was out in the world, I spent the rest of 2019 resting and recovering. I did sketch out a rough outline for its sequel before October was over, but otherwise I shelved my writing projects for the season.

It wasn’t until 2020 that I finally gave this book its name: The Ten Day Edit.

It had been a busy winter, and with our lease ending in just a few months, we needed to get our new floating home in order sooner rather than later. At the same time, I knew I wanted to publish The Ten Day Edit before we moved onboard—so I got to work.

Luckily, I managed to get a decent amount done this month, including a thorough round of testing for the process I had outlined all the way back in October.

February was when I began writing in earnest, though I found things moved slower than I had initially hoped. I had figured everything would be smooth sailing after publishing two other books in the same series. I knew how these books were structured, I had a solid process to work from, and I had finally learned my lesson and left myself plenty of time to write.

However, I ran into quite a few mental hurdles that slowed me down.

Looking back on it, I was putting a lot of pressure on myself to make this book perfect. Combine that with the fact that editing is a much more complex topic than outlining or drafting, and I ended up only just finishing my first draft by the end of February.

As hard as this is to admit, March 31st was originally going to be The Ten Day Edit’s launch date.

“I love deadlines. I like the whooshing sound they make as they fly by.” – Douglas Adams

However, after the slow progress I made in February and a severe illness I had to deal with in early March, I eventually accepted that that just wasn’t possible. Fortunately, I hadn’t made any official launch date announcements yet, so I was able to keep marching forward without too many hiccups. By the end of March, I had just finished editing the book in time to send it to my beta readers.

Not only that, but with our moving date fast approaching, I set a new launch date: April 28th. The book would come out before we moved after all!

April was a busy month, as launch months always are.

I finally let everyone know about this soon-to-be-released third book in the series, sent my manuscript off to my beta readers, drafted my launch emails, created covers and graphics, and then hunkered down to wait in anticipation.

However, something strange happened while I was waiting for feedback…

Whereas I had been so caught up in the race to finish my previous two books on time, this go round I had the space to think—and that meant the space to stress. I ended up consumed by the fear that this book was secretly horrible, that I had been a joke all along, or that the process I had created wouldn’t work as well for my readers as it did for me.

Even after my beta readers gave me a resounding green light and I sent The Ten Day Edit to advanced reviewers, I still had that sinking fear. 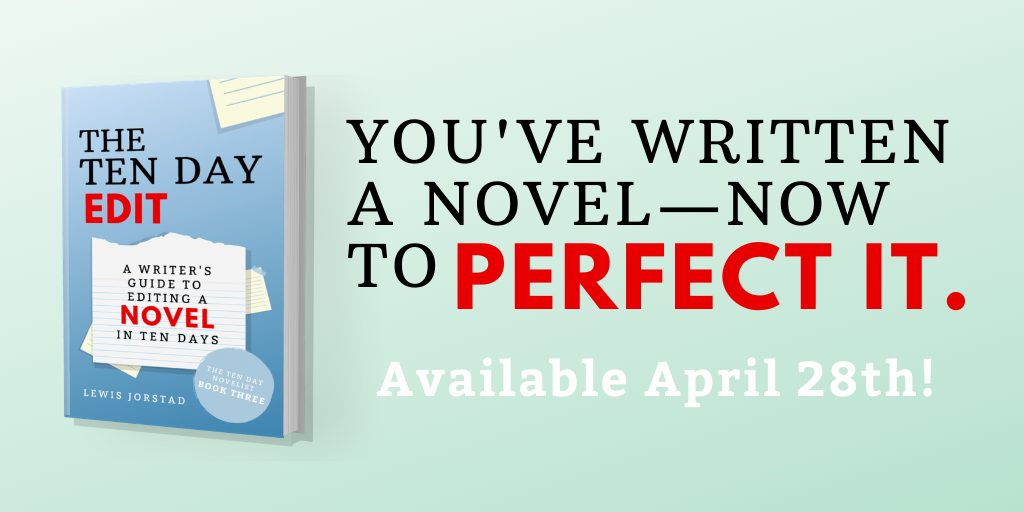 Fortunately, the book launched without trouble on April 28th, and ended up becoming the most successful book I’ve published to date—something I still have to pinch myself over. It’s weird to look back and see how far I’ve come since The Ten Day Outline launched just under a year ago, but it feels good all the same. 🙂

The Meaning of Third Book Syndrome 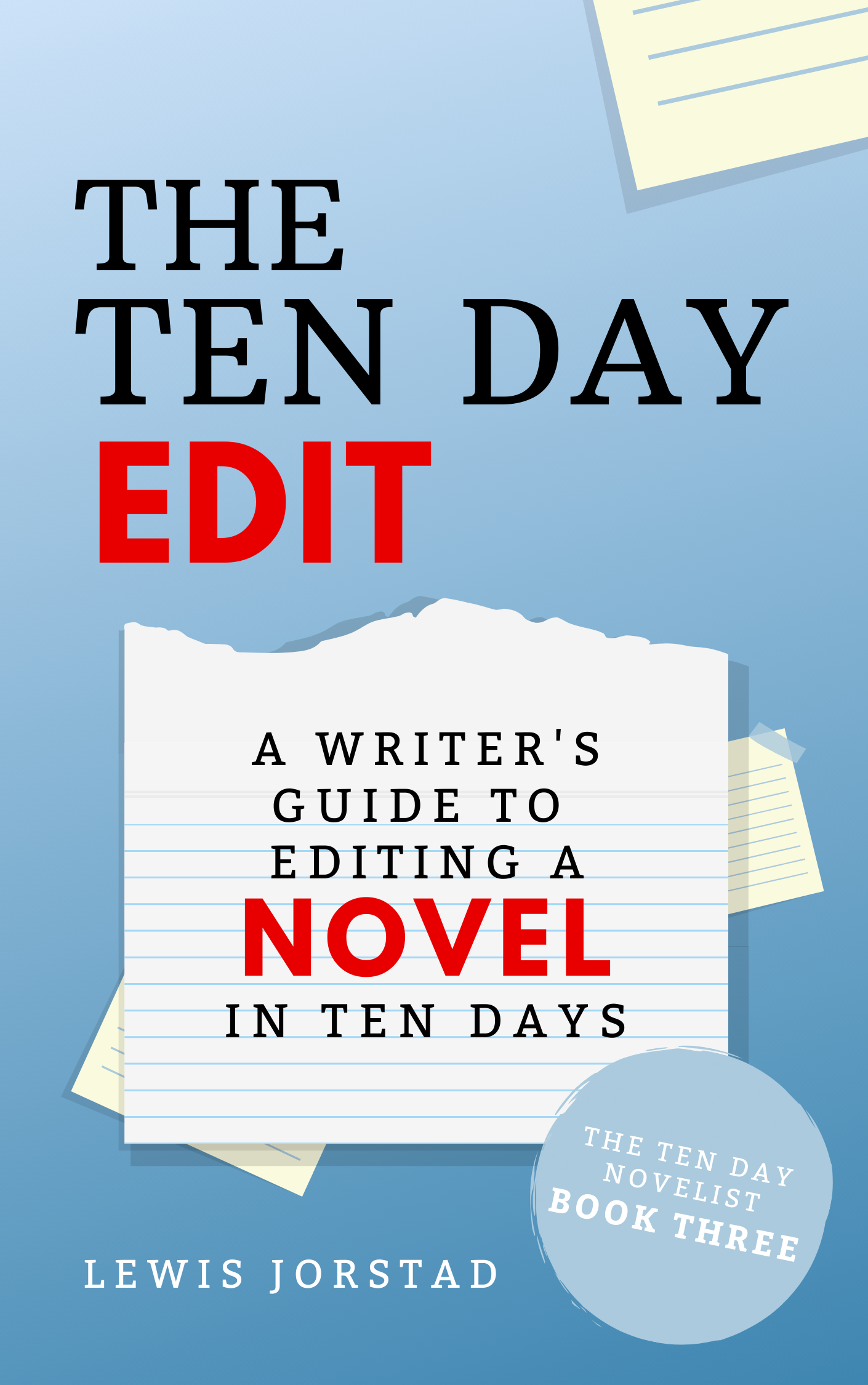 Now that I’ve had the time to reflect on my third book, I’ve realized that I was my own worst enemy when writing The Ten Day Edit—and I think it’s because I finally got my writing habits in check.

You see, for The Ten Day Outline and The Ten Day Draft, I pushed myself to the brink of exhaustion to finish them on time. At the end of the day, I don’t regret doing that in the slightest, because as draining as it was, having a strict deadline hanging over me kept me honest and stopped me from overthinking things.

For The Ten Day Edit, I didn’t have that.

While I wasn’t afraid of procrastinating with this one as much as I was with the first two, what I didn’t expect was for that lack of stress to cause a whole new kind of anxiety—doubt.

I constantly doubted whether this book would be any good. I even went so far as to almost scrap the entire project multiple times, condemning pages and pages to the trash simply because I couldn’t see past my own anxiety. These feelings were present for the first two books, but only in the background—for this one, they were front and center.

This is what I mean by third book syndrome.

I now know that this is actually a common phenomenon for authors. After they publish their first book, they suddenly face a tremendous pressure to write another—whether from readers, agents, publishers, or themselves. They no longer get to tinker away in isolation, but have to perform under the heavy spotlight of others’ scrutiny.

As you might imagine, that pressure is incredibly difficult to deal with, and this was exactly what I experienced when writing The Ten Day Edit.

How I Saw Past My Doubts

Interestingly, I overcame this third book syndrome in a strange way.

You see, I sent The Ten Day Edit to advanced reviewers two weeks before launch. About a week later, I received an email in reply. One of my reviewers was declining to review the book, not because she didn’t read it, but because she felt that it offered nothing new compared to the previous two in the series. She didn’t believe in leaving negative reviews, so she was choosing not to review it.

I did my absolute best to reply graciously, and I hope that came across in my response. I thanked her for her feedback and for taking a chance on my book, but I won’t lie—it was as if all my anxieties had come to life.

After that, I spent the rest of the day sure I had truly failed.

It wasn’t until that night that I stopped and thought about the situation more carefully. I started debating the merits of my book in my head, acting as both defense and prosecution. Slowly but surely, once I started listening to logic more than emotion, I realized that The Ten Day Edit does in fact have a lot to offer.

I’m not sure what about the book didn’t connect with her, and I absolutely respect her experience, but I’m more confident than ever now that this was a book worth writing…

And a book worth reading.

So, I want to say thank you to that reviewer—both for being honest rather than just telling me what I wanted to hear, but also for shaking me out of my funk and forcing me to respect my writing again. Believe it or not, you were a big help.

What’s Next for The Ten Day Novelist Series?

With The Ten Day Edit finally complete, I’ve already started thinking about what the next book in the series will be, but I’m also in no rush.

I have a loose outline created, but at the same time, I know it’ll be a little while before that book is ready for the world. I’ve got a big move coming up in the next few weeks—onto a sailboat, of all things—along with a whole variety of adventures to go on. I plan to take some time to enjoy those experiences, at least for a month or two, before putting my nose to the grindstone yet again.

That, and with a worldwide pandemic going on, it seems foolish to make any concrete plans…

So, if you’re interested in the future of this series, I hope you’ll stay tuned. It isn’t going anywhere, and I’m sure I’ll have more to share before the year is over. In the meantime, stay safe and happy writing.  🙂

How have you overcome your writing fears? Let me know in the comments!