How Picture Books Can Save Novelists from the Dreaded Rewrite

A novelist has to make a lot of decisions.

Some writers push through the stress by discovery writing, then realize (after writing thousands of words) that their plot doesn’t work, their character isn’t likable, or their POV is all wrong. So they have to rewrite the entire thing. Oh, wait…that kind of sounds like me. Does it sound like you too?

As a person obsessed with efficiency, I often wondered if there was a way I could save myself at least a little bit of time.

Before we get started, I’d like to introduce you to Rachel Wilson, a guest on The Novel Smithy!

Rachel is a children’s book author and the founder of Free the Writer, a website full of writing insights from veteran authors. Rachel has tons of experience with shorter forms of storytelling, making her the perfect person to write this post. I hope you’ll welcome her to the blog and give some of her advice a try!

As a bonus, I wrote a post for her site that you can find here: Five Ways Writers Can Nurture Their Creative Well-Being 🙂 – Lewis

The True Value of Picture Books

So, how can you explore major decisions before investing time and energy writing the dang novel? 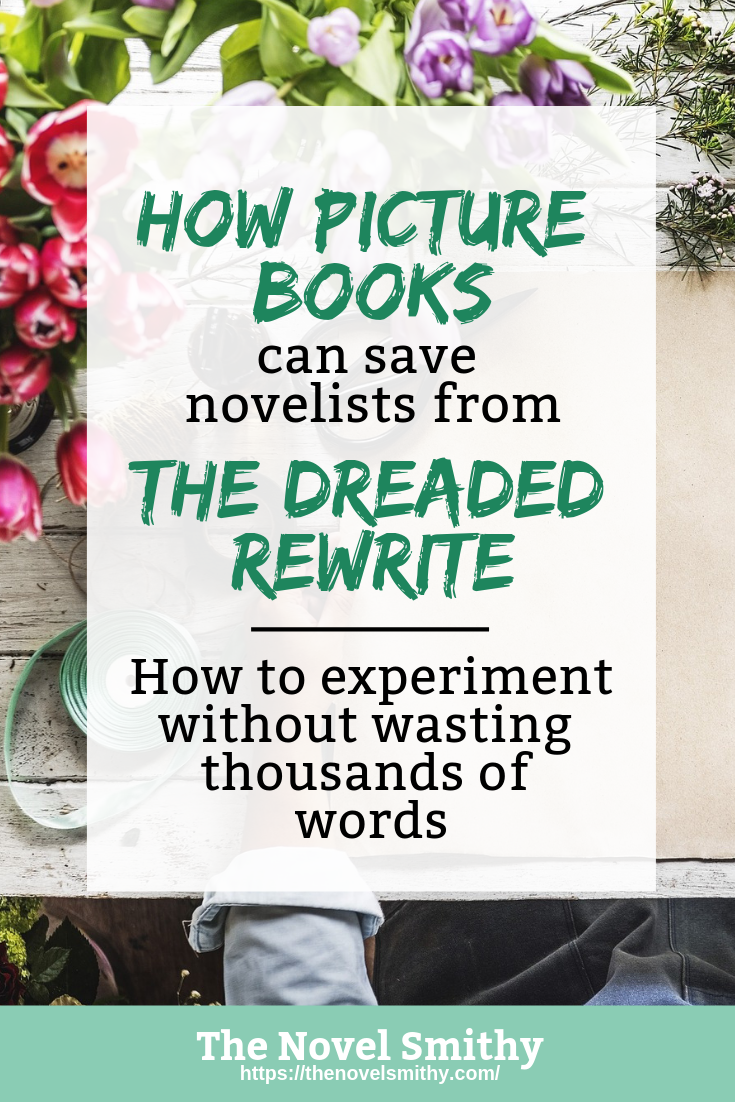 Eventually I found a surprising solution that worked for me: picture books. Yes, you read that right. Picture books. Before you jump ship (or I guess jump browser tabs) with a mind full of rhyming onomatopoeias and didactic fairytales, hear me out.

They can tell stories complete with well-rounded characters, delicious conflict, and satisfying endings in under 700 words (most of the time in under 500 words). They think about the same things novelists do (like pacing, dialogue, and story beats), but they don’t have room for all the words required to build layered plots or complex worlds.

Not having room for complications (at least initially) can save novelists from writing a convoluted novel.

Of course, writing a picture book won’t save you from revising; we all have to do that.

It might, however, save you from having to rewrite the entire book. I’ve learned a lot from studying and writing picture books; I’ve seen how they help me write better novels, and I know they can help you too.

NOTE: I’ve used a variety of sources to learn about picture books, but many of the following ideas are adapted from the work of picture book author Ann Whitford Paul.

How To Use Picture Books to Write Better Stories

A picture book’s first 50 words should answer the following questions:

Who is your main character?

Your first sentence should use action or dialogue, not description, to introduce your main character. It should also engage your reader and spark their curiosity. Even if your novel includes many characters or many points of view, choose ONE character and tell their side of the story. (If you end up finding the picture book exercise helpful, you can always create a picture book story for every major character arc.) Make sure your character is relatable, imperfect, consistent, and believable.

What does your character want?

Desire is what motivates a character to move forward. Without a goal, you’re going to struggle to produce any tension in your story. You should also know WHY they want it (even if you don’t include the reason in the first 50 words).

What gets in the way of what your character wants?

When and where is your story taking place?

If you don’t want to explicitly state the date and time of your story, you could give the reader clues using dialogue, character names, or descriptions. Likewise, avoid long descriptions that don’t move the story along. Give your reader clues as the story progresses. Only give them what they need to feel grounded.

Use your words carefully to cultivate a mood. Vary your sentence lengths to indicate fast or slow paced moments. Try to capture the tone in the rhythm of each sentence.

Now look at your first 50 words and ask yourself, “Have I hooked the reader?”

If you’ve introduced an interesting character, created tension by placing obstacles in the way of his goals, set the story in a place and time, and cultivated a coherent tone, chances are you’ve hooked your reader.

Step 2: Decide how you want to structure your story.

There are many picture book story structures, and I’ve included a few to guide you. No matter which one you try (or what combination of structures you use), make sure that you build your structure around the biggest conflict in your story.

Beginning: your character wants something.

Middle: your character goes after it despite opposition.

End: your character arrives at a win, lose, or draw.

In Act I, you introduce your main character’s wants, goals, problems, and obstacles. An inciting incident moves the character into the main action of the story. In a picture book, this event needs to happen within the first half page of your manuscript.

In Act II, the main character tries to solve her problem many different times. This Act often ends in a feeling that all is lost and something big is at stake.

For a more detailed breakdown, check out An Introduction to the Three Act Structure.

Other picture book structures to try:

The rhythm of threes: Your character fails to get what they want three times before finally succeeding. This builds the tension, causing your reader to worry about the character and the outcome.

Cause-and-effect: every action leads to a reaction which leads to another action. This ensures that your plot points are all interconnected and building toward your climax.

Escalating action: the character’s problems start out small and get bigger and bigger up to the climax.

Circular form: your story begins and ends with a similar phrase or scene.

Step 3: Write the middle and the end of your story in fewer than 650 words.

A great ending is unexpected, unpredictable, and satisfying.

Still, the reader should sense the end coming because every word should lead them to it. Also make sure that by the end of your story, the main character has changed in some way and solved their problem (unless you are writing a tragedy). Avoid a didactic ending; the best picture books actually DON’T end on an explicitly stated moral.

Evaluate your main character by underlining their dialogue and actions. Do they accurately reflect the character’s intended identity? Are they all consistent with your character? Complete the same exercise for any additional characters. Check your dialogue; try to indicate who is speaking with action instead of attribution (“he said”).

Go through your manuscript and delete anything that doesn’t move the action forward. Watch out for long descriptions with little action.

Cut unnecessary adjectives and replace adverbs with more specific verbs. Watch out for words like really, nearly, almost, just, and seems. Cut out as many “it”s and other vague description as you can. Replace any passive sentence structures with active verbs.

Now that you’ve written your novel as a picture book, what amazing things can you do with it? Here’s how to use your picture book to play with major writing decisions before having to commit (and end up writing a bunch of words you’ll just end up erasing anyway).

Or if you’ve already written your novel, here’s how to use your picture book to diagnose problems in your story.

If you wrote your picture book in first person, try writing it in third person omniscient or third person limited. You may find that the POV you’ve chosen is not the most natural fit for your story. When you eventually write your novel, make sure you choose one and stick to it throughout the entire novel.

Maybe your picture book made you realize that your story doesn’t have enough tension. Or that you’ve placed your characters in a bunch of disjointed scenes that don’t add up to the ending. Rearrange or replace your plot points. You may find something that strengthens your story.

I hope you’ve enjoyed writing the picture book version of your novel. I’m guessing it helped you simplify some of the complex ideas in your head and gave you the freedom to play before committing.

Now you can build upon the strong story foundation you created in your picture book, layering plots and adding characters, until you have finally written your novel! 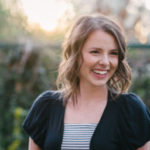 Rachel Michelle Wilson is a children’s book author (of both picture books and middle grade novels), a professional dabbler, and the founder of Free The Writer, a website dedicated to learning from the greats, connecting with other writers, and satisfying the writer soul. She also loves edible cookie dough, Ralph Waldo Emerson, the red rocks of Southern Utah, and the art of wandering. To learn more about Rachel, grab 13 Strategies To Overcome Writer’s Block and follow her on Instagram.