How to Banish Shiny Object Syndrome

Have you ever had an idea you just had to write?

These bursts of creativity can be a wonderful feeling. Characters practically beg you to be written, and entire plots come to mind with seemingly no effort at all! Yet, while you indulge in your newest ideas, your old drafts and half-written stories can quickly get left in the dust—because you have a case of shiny object syndrome.

What is shiny object syndrome? Well, it’s basically what happens when “shiny” new ideas constantly distract you from your long-term goals—and it’s perhaps one of the biggest enemies of actually finishing your novels. So, in this article, let’s explore how shiny object syndrome works, why it holds so much sway, and what you can do to overcome it!

A Deluge of New Ideas 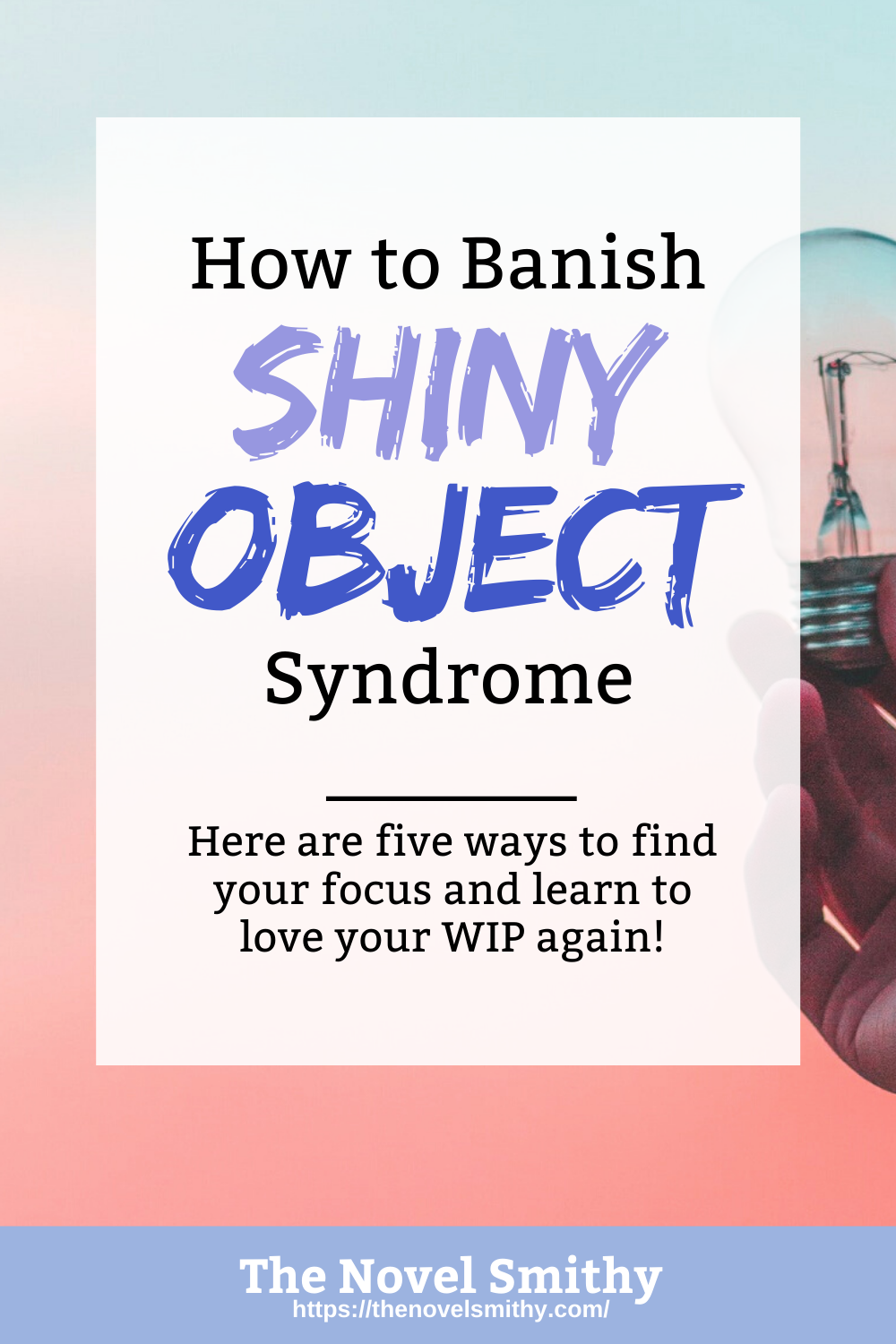 Over the years, I’ve found that my creativity tends to go through “seasons.”

Sometimes I’ll go months without a new idea, and the act of writing will feel basically impossible. Then, seemingly out of nowhere, the dam will burst and a deluge of inspiration will hit. New characters will pop into my head while doing dishes, and scenes will demand to be written while I’m folding laundry. I’ve even outlined entire series while staring out the window—something K.M. Weiland calls dreamzoning!

As you might imagine, these “seasons of creativity” are some of my favorite times as a writer. They’re exhilarating and rewarding, and are a big reason why I love writing so much in the first place.

Don’t get me wrong, I wouldn’t trade these bursts of inspiration for the world! Still, that doesn’t mean they don’t present their own challenges. When I’m overtaken by new, exciting ideas, all I want to do is drop everything and write them right now.

However, if I ever want to finish my novels (or writing craft books, for that matter) I have to set these new ideas aside and find ways to focus on my “old, less exciting” ideas—and this is where shiny object syndrome becomes such a major hurdle…

Why Shiny Object Syndrome Is So Powerful

If you’re not familiar with this term, shiny object syndrome is a psychological phenomenon where new ideas distract us from our long-term goals. In the writing world, this typically takes the form of new stories or characters, but it could also be new writing techniques, publishing opportunities, or trendy genres that pull us away from our existing writing plans.

Basically, new things are exciting and fresh, meaning they create a sense of immediate gratification, much like the sugar high you get after eating a candy bar. However—just like that candy bar—after the high comes a crash. 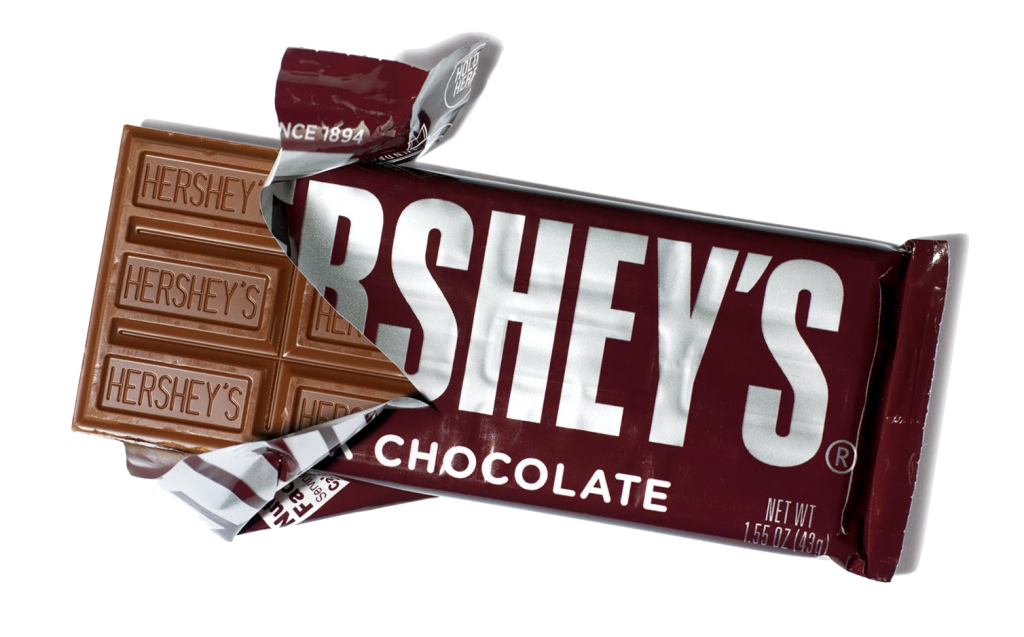 This is where shiny object syndrome becomes such a vicious cycle.

Once that exciting new story idea, writing technique, or trend feels less “fresh and exciting,” your brain begins to crave more. So, to satisfy that craving, you leave that old thing half-finished to focus on a new shiny object, starting a cycle that can continue forever.

The result is that you never focus on one thing long enough for it to truly pay off. Like it or not, writing is a long game, meaning becoming a successful author requires you to commit to your stories for the long-term.

So… what should you do?

Well, on the one hand, you don’t want to shut away your creativity forever. New ideas are a truly wonderful thing, and they’re a big part of what makes writing so rewarding! At the same time though, you also need to strike a balance. Your stories will never reach their full potential if you’re always leaving them unfinished in favor of new things—which is why finding ways to remain focused is so important.

Fortunately, cultivating this focus is entirely possible! So, let me share the five things that have helped me overcome my shiny object syndrome, in the hopes that they work for you just as much as they’ve worked for me. 🙂

First and foremost, sometimes you just need to get your ideas out of your head. In these instances, I find keeping a writing notebook or some other record of your thoughts is a great option. This way you can quickly jot down a few notes and then return to your current WIP, knowing your ideas will be there when you’re ready for them.

Of course, sometimes the creativity-bug hits you hard and you have more than just “a few notes” worth of ideas. In these instances, taking an hour or two to write down a brief story outline can both preserve your inspiration while also getting that new idea out of your system.

The only challenge here is knowing when you’ve done enough. You don’t want this outline to turn into a weeks-long project—so, rather than creating a full-blown outline, try to write just a paragraph or two for each of these categories:

Now, this does come with a slight warning.

You see, not all writers will benefit from putting their ideas on paper right away. Sometimes you might want to leave your ideas brewing in your subconscious until they’re ready to surface, in which case it may be wise to wait a few days or weeks before you write anything down.

Personally, I write things down the second I think of them in a giant file on my computer—I’m just too forgetful otherwise! Still, it’s worth taking some time to reflect on what fits best with your writing process. Once you’ve found your preference, you can go from there!

Over the years, I’ve abandoned a lot of novels, simply because a new idea waltzed in and demanded my attention. For a long time, I thought this was a failing on my part—I believed that, if I wanted to be a “proper” author, I should be strong enough to stick to my guns and ignore any distractions.

In reality though, that wasn’t quite the truth.

Don’t get me wrong, if you want to finish your novels, you do have to remain focused and committed to your WIPs. However, struggling with shiny object syndrome doesn’t mean you’ve failed as an author!

You see, shiny object syndrome is often a symptom of a larger mental block, rather than the problem itself—and that mental block is procrastination. Those shiny new ideas are attractive in part because they’re easier than fighting through the tough parts of your current draft. Basically, you’re procrastinating by pursuing other stories.

Struggling with shiny object syndrome is a normal part of writing a novel—it doesn’t mean you’re a failure. #amwriting Click To Tweet

Fortunately, there are ways to overcome this procrastination. Developing strong habits is a big part of pushing past the mental blocks that make it so hard to write. If your brain is trained to sit down and begin writing at 2PM every day, eventually, it’ll become easier to find your flow and actually enjoy the writing process.

Of course, you don’t have to write every day for this to work! Even if you only write on Saturday afternoons or during your lunch break, creating some kind of routine can still go a long way in helping ward off procrastination and shiny object syndrome.

Have a (Small) Taste:

Next on our list, I’m going to break some of the rules I’ve already laid out—because sometimes, an idea is simply too good to ignore!

I’m sure you know how this feels… You valiantly ignore the nagging idea in your head, determined to stay focused and continue working on your current draft. However, as you sit down to dinner, your mind wanders. While you stand in the shower, you’re creating new characters, and while you weed the garden, you can’t help but explore potential subplots.

In these instances, it might be best to indulge in your new ideas—at least for a moment.

Perhaps you turn your new idea into a side project, or maybe take a weekend to sketch out a rough first chapter. Ultimately, this small taste of your new idea might be enough to satisfy your cravings, while still preventing you from abandoning your current WIP entirely.

Of course, this does come with a huge caveat—you should only do this if you’re confident you can reign yourself in. Once you’re done with your brief diversion, you need to set that project aside and return to your WIP without too much issue. If you’re not sure you can do that, this might be a tip you’ll want to skip.

Learn to Be Patient:

One of the things I really struggle with as a writer is patience—and honestly, this is probably one of my biggest writing challenges. I want my drafts to be done now, not later. I’m so excited about all the ideas I have, meaning the sooner I can get them done, the better.

Yes, I know that sounds counterintuitive, but think about it this way. The more you beat yourself up for not writing fast enough or not publishing X number of books, the more you wear yourself down. It’s hard to write when you’re feeling unhappy and disillusioned, and this opens the door for shiny object syndrome to sink its claws in.

Basically, one of the best things you can do is forgive yourself. If your novel takes longer than expected, that’s ok! It’s natural to get stuck sometimes, and finding ways to be patient and enjoy the journey will go a long way towards smoothing out your writing experience.

So, if you’re ever feeling down about how slow your writing process is, I encourage you to take a deep breath and give yourself a moment to reflect on what you’re feeling. Treat yourself with kindness and compassion, and make a plan for going forward. Even if things take a big longer than you’d like, slow and steady progress is still worthy of celebration!

Finally, sometimes your shiny new ideas just won’t leave you alone—despite all your best efforts. In these instances, it’s time to ask “why.”

Believe it or not, sometimes it is worth it to put a project on pause and move on to other things, at least temporarily. Back in 2016, I had been slogging through a complicated fantasy trilogy for years when I finally decided enough was enough and moved on to other projects. I don’t regret that decision, and I know one day I’ll return to that story with a clearer perspective—and in the end, my writing will be better for it.

Still, that won’t always be the case, and only you can make that decision.

Above all, don’t let “keeping up with the Joneses” make you abandon a project you really do love. Trends come and go, and honestly, it’s rarely worth it to chase the hot new thing.

Still, if you need a break, there’s no shame in that. Set your current draft aside and take some time to pursue a few shiny objects! So long as you don’t give up on your long-term goals in the process, that fresh start could go a long way in helping you re-energize your writing journey.

The Importance of Trusting Your Path

Ultimately, the best thing you can do to banish shiny object syndrome is to trust your journey.

Writing is a process, and your experiences and struggles won’t always look exactly like another author’s. Likewise, your stories might take twists and turns that don’t match up with what you expected. In the end, that’s ok—so long as you find ways to keep making progress, it won’t be long before you’re holding your finished novel in your hands!

Best of all, when that day comes, you’ll be glad for all the ideas you saved up along the way—after all, once your current WIP is done, it’ll be time to bring some new stories to life. 🙂

Do you suffer from shiny object syndrome? Let me know in the comments!

Thoughts on How to Banish Shiny Object Syndrome